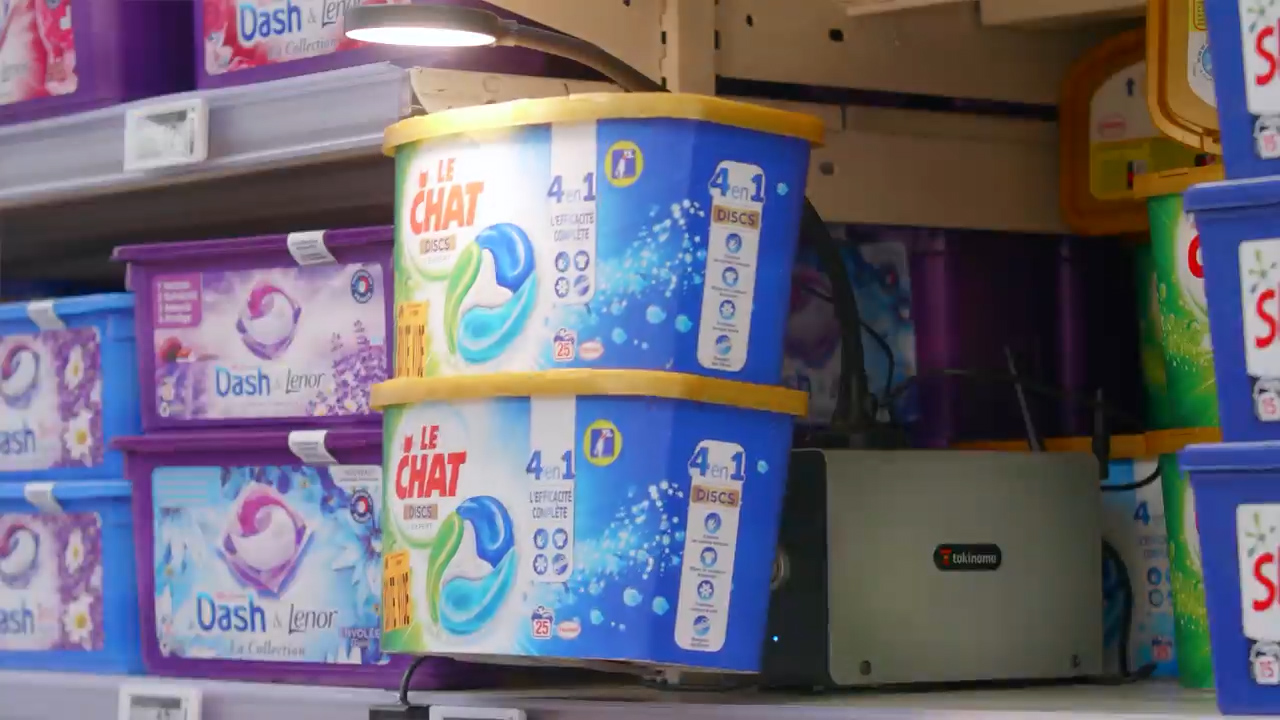 Increasing sales for your product is not an easy task, but when it comes to non-impulse categories, such as detergents, then it becomes a real challenge. Henkel managed to do it in France with flying colors, without reducing the price of the product. This success story shows once again that modern technology, such as Tokinomo robots, helps FMCG brands inspire shoppers to buy based on emotions, connection, and engagement, rather than price cuts and special offers.

But let’s see how it all began.

Advertising in-store during a Pandemic

When you’re a top FMCG brand like Henkel, you need to keep up with consumer’s increasing expectations and changing shopping behavior. Making a product stand-up in-store has become even more difficult now, in the midst of a Pandemic. The shopping session duration in a supermarket has decreased lately, as shoppers want to spend less time in an enclosed space. In order to have an efficient and visible in-store marketing campaign, you have to be catchy, quick, and smart.

Having all these premises in mind, Henkel’s strategy was plain clear, as stated in the client brief. They wanted to:

Where did the campaign take place?

Henkel’s campaign using Tokinomo robots took place in 20 Auchan stores across France and it lasted for 3 weeks. Tokinomo’s best performances are recorded in campaigns that last between 2-4 weeks, depending on the product category. For impulse purchases, such as cookies and snacks, or food essentials, the recommended campaign duration is 2-3 weeks. For non-impulse purchases, such as detergents or cleaning supplies, the recommended duration is 3-4 weeks.

And this is how it went!

Words are not enough to describe a campaign that uses a multi-sensory robotic solution for in-store advertising. See for yourself in the following video how Le Chat activation powered by Tokinomo’s in-store marketing robot looked like and what are the reactions it generated.

2000 interactions with shoppers every day in every store!

One of the best things about Tokinomo? The REACH. Compared to a brand ambassador or sales rep, Tokinomo doesn’t get tired, doesn’t forget its pitch, doesn’t stop, doesn’t eat or drink, doesn’t need toilet breaks. And no, it doesn’t smoke either.

These, combined with its innovative approach and stopping power makes it reach far more shoppers than any other traditional POS display or in-store advertising solutions, which are static and easily overlooked.

Henkel’s Le Chat had thousands of interactions per day with shoppers in every Auchan partner store, meaning that the product got an amazing visibility boost.

Although the sales lift was not a part of the client’s brief, who doesn’t like to see great results? Or, better said, spectacular results? During the 3-weeks campaign with Tokinomo’s robots, 159% more products were purchased.

The best part about the increase in sales? Henkel didn’t even need to cut the price.

While most POS displays can increase sales by 20%, Tokinomo manages to increase them by an average of 200% across categories during a campaign. Since Tokinomo offers amazing experiences, shoppers remember the brand name and interact with the product which also leads to an increase in sales in the weeks after the campaign.

How did the customers respond?

For any well-respected brand, even a significant sales lift like 159% is not enough to consider a campaign successful. Especially in today’s consumer-oriented marketing environment, where FMCG brands focus their attention on the shopper’s needs more than anything else, consumer reactions are a very important factor in determining the success of an in-store marketing campaign.

The campaign video above showcased curious shoppers, who stopped by and engaged with the product advertised with Tokinomo’s robot. Here’s the statement of a customer who interacted with Le Chat during Henkel’s in-store campaign in Auchan.

What Henkel thought about the campaign

Christelle Vérité; Category Manager Henkel, managed to capture the essence of Le Chat in-store activation with Tokinomo robots by using a wordplay that will remain in our memory forever:

I would say that by using Tokinomo, Le Chat is like a cat that took out its claws, which are shaped like discs.

Auchan joined forces with Henkel to test Tokinomo’s innovative in-store marketing robots and see how their consumers respond to a new technology promoting products on the shelf. As one of Europe’s leading retailers, its mission is to continuously improve the shopping experience and integrate innovation into its strategy.

In the words of Hervé Guépéroux, Commercial Manager Auchan:

We were talking a few years ago about re-enchanting the hypermarket, and today we still have the same focus, so this is something very amusing which also generates great results.

Top FMCG brands of the world, including Henkel, are upgrading their in-store marketing strategy by incorporating innovative solutions to their strategy. When it comes to in-store advertising, Tokinomo is proving its amazing superpowers with every campaign rolling out across the world. Today we talked about Henkel, but here you can find plenty of other success stories in various categories and different countries.

Turn your product into a star!

Enjoy the perks of using the most innovative and efficient in-store marketing solution in the world: